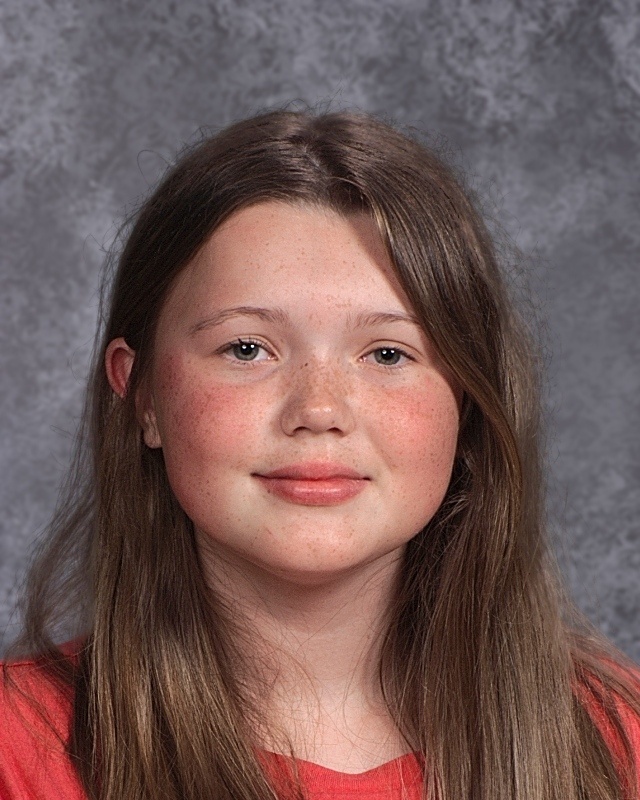 January JH Student of the Month

JH Student of the Month Kennedy Kull.  She is the daughter of Mark and Rhonda Kull of Strasburg was named the January Junior High Student of the Month.  Kennedy is a seventh grader.  She was nominated by her teachers because she is kind, she is a hard worker and she balances school, extracurriculars and strong friendships.  She participates in volleyball and also enjoys piano lessons and singing.  In the future she hopes to become a chiropractor and live in the Stew-Stras area.  Her favorite subject is English, because Mrs. Hill makes it fun and she does well in the class.  In her free time she enjoys playing volleyball and spending time with family and friends.  When asked some fun facts, here were her answers.  If Kennedy ever won the lottery she would donate some of it to a cancer foundation and buy a house in Colorado.  If a genie was able to grant her one wish she would want to get rid of all the illnesses in the world.  If she had one super power she would want to be able to fly, so she could then fly anywhere she wanted to.