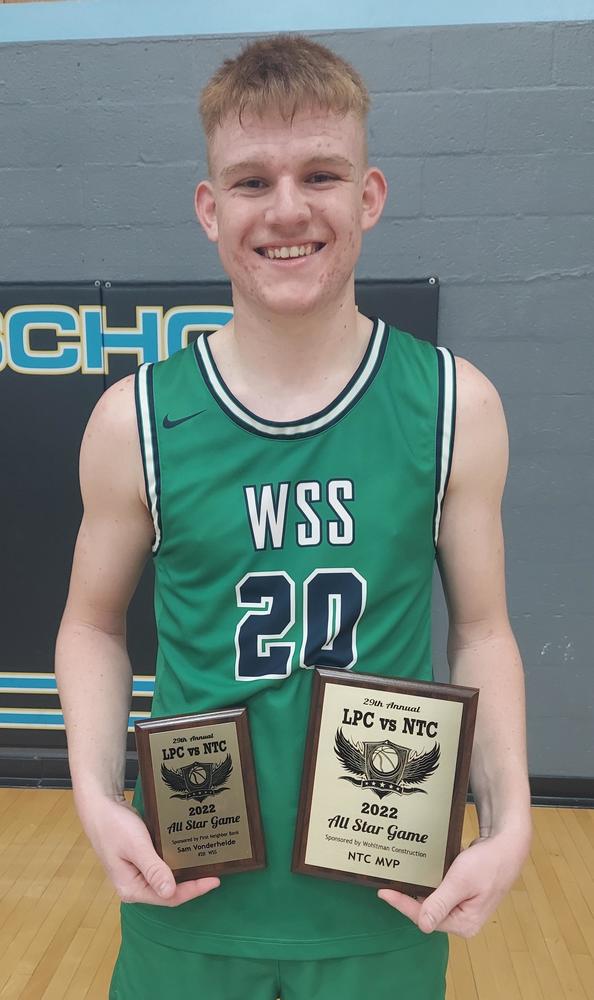 Samuel Vonderheide  participated in the NTC/LPC All-Star game Sunday, March 27 at Cumberland High School. The NTC won 87-83.  Samuel was the game's leading scorer with 22 points and named the MVP.   He also advanced to the  final round of the 3 point contest making 10 of 15.  He placed second in the contest by a difference of 1 basket.  He also made 4 trifectas during the game.