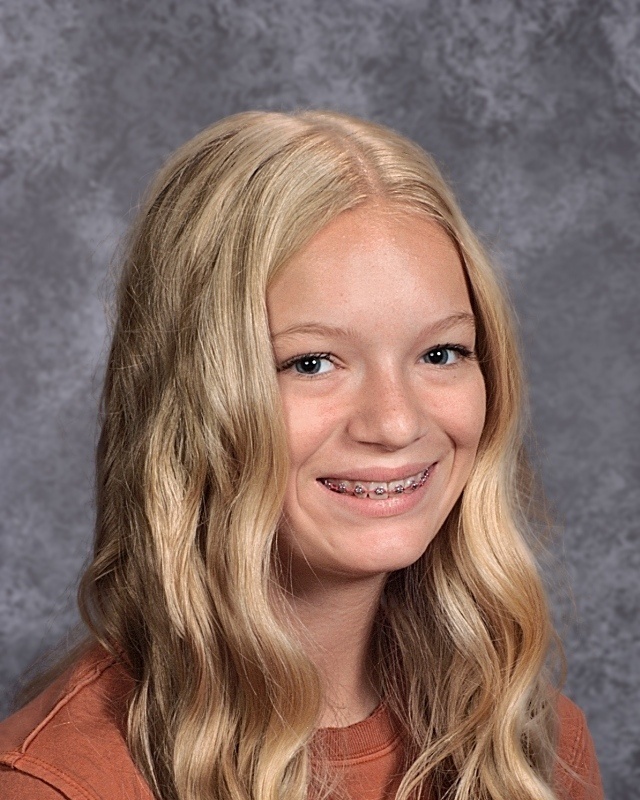 February HS Student of the Month

Alaira Friese, the daughter of Kurt and Bridgitte Friese of Strasburg, was named the February High School Student of the Month.  Alaira is a freshman.  She was nominated by her teachers because she is respectful, a hard-worker and kind to her peers.  She is willing to help when needed and she makes responsible decisions.  As a student athlete she balances schoolwork and after school commitments.  She has a strong drive, is upbeat and positive and this encourages others.  She participates in volleyball and softball for the Lady Hatchets and outside of school she is part of the Rapid Fire Volleyball Club and Illinois Force travel softball team.  She is active in Spanish Club, Business Club, LEO Club, Drama Club, Lutheran Youth Fellowship, Fellowship of Christian Athletes, Pep Club and is the Freshman Class Secretary.  In the future she hopes to go to college and get a degree in the medical field.  She also hopes to play softball or volleyball in college.   After graduating college, she would love to travel to Paris, France to visit the Eiffel Tower.  Eventually, she wants to get married and start a family.  Her favorite subject in school is biology, because it is an interesting, unique class.  In her free time she likes to play sports, spend time with her family, hang out with her friends, go shopping and go to Starbucks.
Next, let's share some fun facts about Alaira.  If she ever won the lottery she would invest some of the money, spend some on traveling and buy an aquarium, which would be in her house so that she could have a dolphin as a pet.  If a genie granted her one wish it would be to never strike out ever again in softball.  If she had one superpower it would be teleportation, so she wouldn't have to ride in the vehicle for hours to her softball and volleyball tournaments.  She could also teleport to see anything in the world at any time.  She would visit the ocean often.