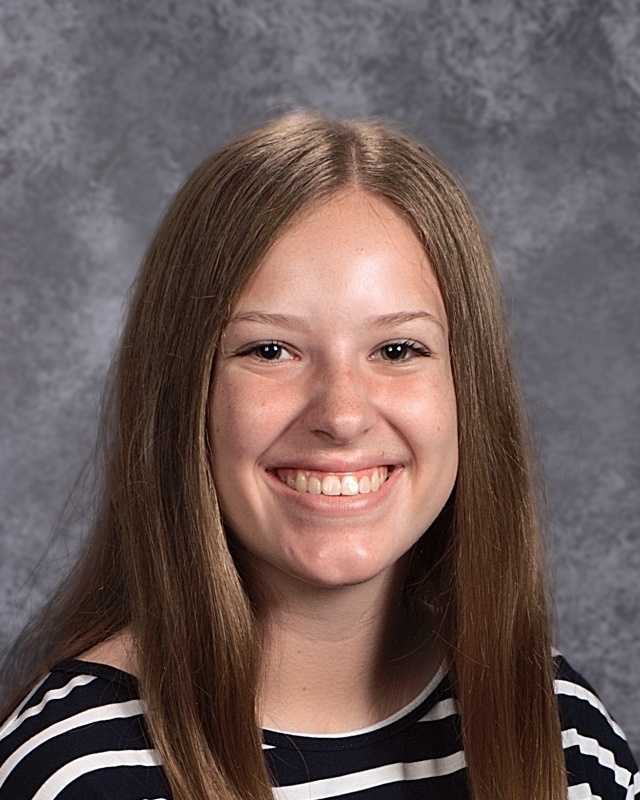 April HS Student of the Month

Maddie Rincker, the daughter of Doug and Marla Rincker of Strasburg, was named the April High School Student of the Month.  She is a junior.  Her teachers nominated her because she is an exceptional student.  She is hard working, active in her school clubs/sports, and always has a smile on her face.  Maddie participates in NHS, FCA, FFA, Spanish Club, LEO Club, Drama Club, WYSE Club, Business Club, Student Council, Pep Club, volleyball, cheerleading, youth group, and works at Pinky’s on Lake Sara.  She has also taken on the leadership roles of Junior Class President and Spanish Club President.  In the future she wants to attend Lake Land College then transfer to a university.  Maddie wants to have a good job, get married, and have a happy life.  Her favorite subject is Ag Mechanics.  She enjoys doing hands-on projects.  She likes the challenge of  working on things like welding and electricity, things that she has never done before. In her free time she likes to spend time with her family and friends, going out on the lake, and getting ice cream. If she ever won the lottery she would save some of it, give some to her family and use it to pay for college.  If a genie was able to grant her one wish, she would wish that school/college did not have exams.  If she had one super power she would want to be able to control time.  This would allow her to slow down time, stop time, or speed time up.